Posted on February 9, 2012 by stayingfaithful

“…but has now been revealed by the appearing of our Saviour Jesus Christ, who has abolished death and brought life and immortality to light through the gospel..”  2 Tim 1:10

Just as the snow flaking down outside is going to transform the landscape, so the appearing of our Saviour Jesus transformed the landscape.  The landscape of our hearts, the landscape of humankind’s destiny, the landscape of heaven.  Notice how all these verses have that wonderful Pauline thrust that bears you onward, sweeping all before you and listing the paradoxical tensions of the faith and of life.  The pericope began in verse 8 and concludes in verse 11 – at least in the NKJV translation we get a full stop there. 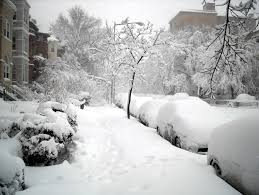 Jesus Christ is now visible.  The word ‘appearing’ means a ‘shining forth’, which can refer to Jesus’ first or his second coming.  The unusual NT word for ‘abolish’ means to reduce to inactivity – Death has had a loss of well-being.  It took a death-blow.  The great phrase ‘life and immortality’ refers to eternal, everlasting life, and incorruption.  The antidote to decay and rot.  The word for life – zoe – also denotes righteousness and holiness, frequently contrasted with death in the Scriptures.

There is a sense in which the context of this is that Christ was containing and hiding our salvation, but that in this verse the gospel has been revealed, lifted high, ready to be communicated.  After this verse is Paul’s calling and ministry – due to the importance of the message, Paul’s life is being laid down for it.  So this verse is central, doctrinally.  The piece de resistance.

From this verse we learn:

1st: that salvation is now revealed

2nd: that Jesus has appeared

3rd: that salvation has appeared through Jesus

4th: Jesus Christ is our Saviour, our Preserver

6th: Holiness of life has been revealed

7th: The possibility of not being corrupted has been revealed

8th: The gospel has brought that life

Just take a look at Hosea 13:14 with relation to death: “I will ransom them from the power of the grave; I will redeem them from death. O Death, I will be your plagues!  O Grave, I will be your destruction!  Pity is hidden from My eyes.”  Who can ignore John 11:25-6 “I am the resurrection and the life.  He who believes in Me, though he may die, he shall live.  And whoever lives and believes in me shall never die.  Do you believe this?”

Can I just ask: “O Death, where is your sting?  O Hades, where is your victory?”  1 Cor. 15:55.  Those who all their lives have been subject to imprisonment and tyranny through fear of death can now be released. (See Heb 2:15).  Will it be said of you, whoever you are, what Jesus said: “But you are not willing to come to Me that you may have life?”  John 5:40.

Have you read of how the landscape will be transformed for an eternity, not just for a few white, spotless, magical hours by a snowfall, when our Lord and Saviour takes His rightful place?

“And he showed me a pure river of water of life, clear as crystal, proceeding from the throne of God and of the Lamb.  In the middle of its street, and on either side of the river, was the tree of life, which bore twelve fruits, each tree yielding its fruit every month.  The leaves of the tree were for the healing of the nations.

And there shall be no more curse, but the throne of God and of the Lamb shall be in it, and His servants shall serve Him.  They shall see His face, and His name shall be on their foreheads.  There shall be no night there: They need no lamp nor light of the sun, for the Lord God gives them light.  And they shall reign forever and ever.” 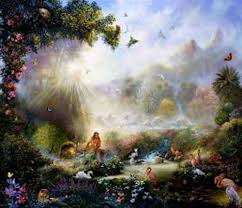 I am looking for anything that relates to life and to a fuller life. I am bored by the normal and the natural and interested in the supernatural. There must be more than this. We were put on this earth for more than a nine to five prison, as someone said a few years ago.
View all posts by stayingfaithful →
This entry was posted in Bible and tagged saviour jesus christ. Bookmark the permalink.