Posted on February 10, 2012 by stayingfaithful 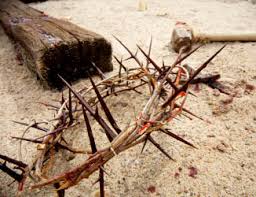 “For this reason I also suffer these things; nevertheless I am not ashamed, for I know whom I have believed and am persuaded that He is able to keep what I have commmitted to Him until that Day.”  2 Tim 1:12

Before this verse, Paul has explained that Christ’s appearing on earth and the eternal importance of the Gospel message justifies and explains his personal calling as preacher, apostle and teacher of the Gentiles.  After this he goes on to give paraenesis to Timothy on the basis of the deposit of glory that God has given him and Timothy, and indeed all believers.

I suggest this is the strongest statement of faith in the letter.  Yes, there are incredible things to come regarding the Word of God, regarding preaching, and in terms of living the Christian life.  But this verse picks up on the theme of embarrassment, suggesting that it’s only too easy to become ashamed, to retreat from the faith, to be a chameleon, adjusting to the colours around you.  The word for ‘ashamed’ is the same word we met in this post and Paul also keeps in the air the theme of suffering with the word ‘pascho’ which can refer to maltreatment or physical suffering, as well as specifically the sufferings of Christ.  I find Paul’s metaphor in 2 Tim 3:17 compelling and encouraging: he tells us he was delivered out of the mouth of the lion.  Or perhaps, given Paul’s record of near-death encounters, it was a real lion.

But let’s look at the language of the most celebrated part of this verse, certainly from the very hummable Daniel Whittle ditty, and we are told that Paul has a certain knowledge of the person he has set his trust on.  The word for faith is ‘pistis’, and the word for ‘persuaded’ speaks of being prevailed upon, or won over, through moral considerations or the influence of reason.  The word for ‘able’ means powerful, and the key word in this verse, ‘committed’, infers that Paul has put his deposit with Him, with the Lord.  This is the first verse in the epistle where we get a reference to ‘that day’, associated with the passing of judgment.  Paul goes on to refer to ‘that Day’ again in 1:18, 4:1 implicitly, 4:8 gloriously, and again implicitly in 4:18.  Can I urge you, if you have not already done so, to take a few minutes to read through the entire letter of second Timothy, to get some context on these verses.  This was a real letter written to a real brother from the man most responsible apart from Christ Himself for both the revelation of the Church, and the spread of real church life. 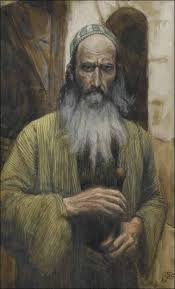 Other verses that have kinship with this one:

It is striking that in Acts when the believers are distraught about Paul’s possible death, that he declares: “What do you mean by weeping and breaking my heart?  For I am ready not only to be bound, but also to die at Jerusalem for the name of the Lord Jesus.”  Phil 3:8 is also a standout verse relating to the renunciation of all things – read it in the Message: “Compared to the high privilege of knowing Christ Jesus as my Master, firsthand, everything I once thought I had going for me is insignificant – dog dung.  I’ve dumped it all in the trash so that I could embrace Christ and be embraced by him.”

And finally, if you want to know what Jesus is praying, when He is praying up at the throne of glory to His Father on our behalf, take a look at John 17:11: “Now I am no longer in the world, but these are in the world, and I come to you.  Holy Father, keep through Your name those whom You have given Me, that they may be one as We are.”  For me to be praying that prayer might be wishful thinking – but if a son asks his father for fish, he’s not going to give him a stone.  The Father listens to the requests of His Son!

I ought perhaps to have covered (and do not think that I was missing it out, for all Scripture is God-breathed!  2 Tim 3:16) 1:5 which is the most personally-directed statement Paul makes toward Timothy, referring to both his mother Eunice and grandmother Lois.  Here Paul declares that he is persuaded that the faith is in Timothy.  We similarly ought to be persuaded that those brothers and sisters we hang out with are in the faith.

So from this verse we learn:

1st: that Paul suffers due to his appointment by God

2nd: He suffers imprisonment and maltreatment

3rd: That if we are following our appointment we will suffer

4th: That suffering for Christ does not bring shame or humiliation

5th: That suffering will not prevent us from pursuing our calling

6th: That Paul has knowledge of whom he is believing in

7th: That Paul is convinced of God’s power to keep

8th: That Paul has committed his soul into God’s keeping

9th: That there will be a day when his life is fully preserved

10th: That to pursue your calling abundant life may be postponed, but is assured 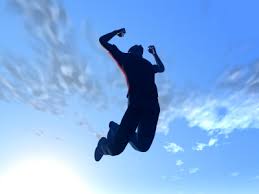 I am looking for anything that relates to life and to a fuller life. I am bored by the normal and the natural and interested in the supernatural. There must be more than this. We were put on this earth for more than a nine to five prison, as someone said a few years ago.
View all posts by stayingfaithful →
This entry was posted in Bible and tagged Bible reading, Bible study, gospel message, intense prayer, moral considerations, old hymn, pleasing God, statement of faith. Bookmark the permalink.